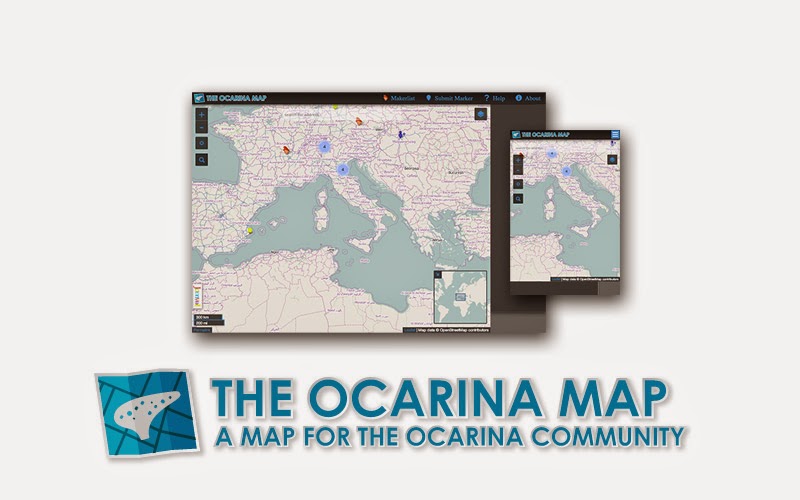 So I thought I’d share an update with you on how this project is coming along. This was a project that I started because I wanted to get a better overview of the different ocarina makers. Especially since ocarinas usually aren’t available in your local music shop, I wanted to be able to find ocarina makers location. I also added markers for sellers, groups, the ocarina museums, vintage makers and for suppliers of clay & tools. Lately I’ve been working on making the site work on different screen sizes. As well as updating the overall look. I’ve also started adding maker marks/stamps to the makerlist on the site. So it’s easier to find the makers of unknown ocarinas.

The downside to this project is that I’m only one person and therefore it takes time to populate the map. I’ve added a google form to the site so people can submit markers themselves. I still have to add them manually. But hopefully the map will grow with time. The map can be found here ocarinamap.cu.cc/. If you want to submit a marker to the map you can do it here.

The song Endless Love from the movie ‘The Myth’. 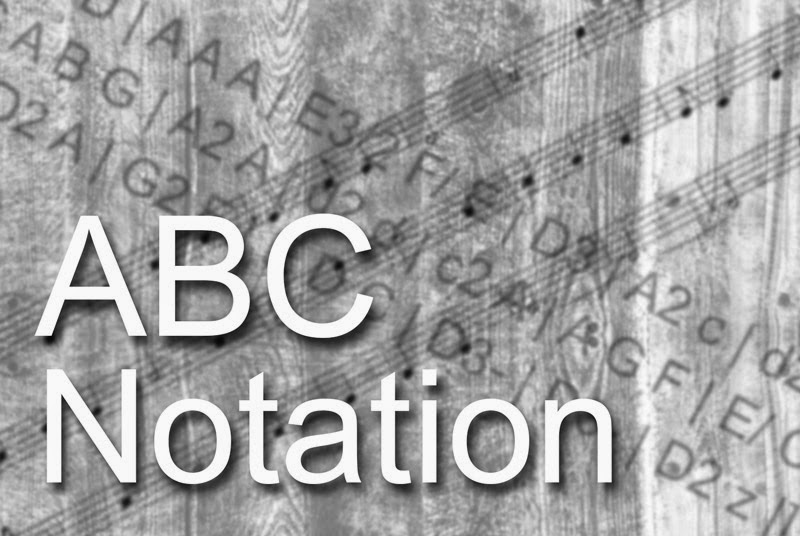 This will be a short introduction to my favorite sheet music fileformat, as some might not be familiar with it. It’s called ABC notation and is based on text input which gives it a great deal of advantages in this digital age.

ABC notation easy to share online or in mail. And since it’s only text it barely takes up space. To print or view it as sheet music you need a renderer. There is a lot of them out there, and some of them can even convert other formats to ABC. The one I use is called EasyABC. It has most of the features you can need, but it’s still simple to understand the basics. The ABC-file can be split into two parts the header which contains information about the melody and the actual melody. Below is an example of Scarborough Fair written in ABC.

Here you can see an example of the code above being rendered through a web-plugin.

This is the basics of ABC notation and there are more advanced features available. If you want to learn more about ABC notation or to learn to use it yourself. Check out this link http://abcnotation.com/ where you can also search for ABC-tunes. 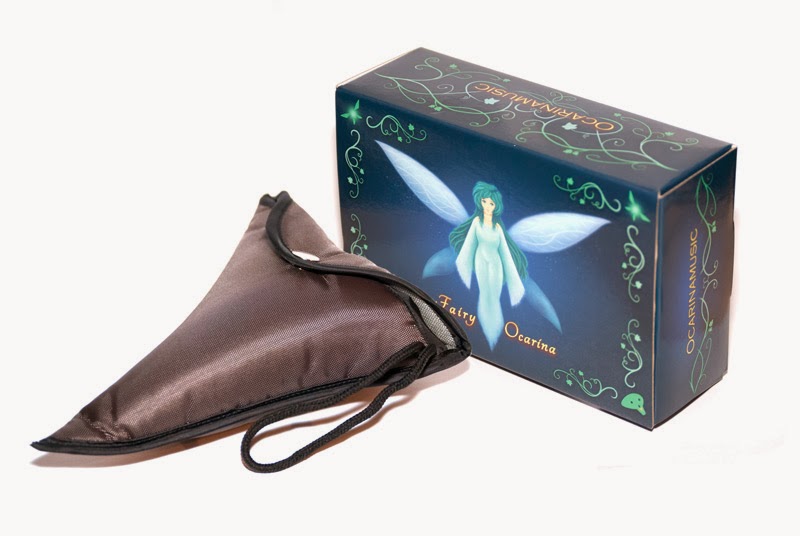 So my Rotter ZFan just arrived the other day. This is my first impressions of it. The Rotter ZFan was my prize for the 2013 TONs of Fun Christmas Contest. Along with the ocarina was a catalog of Rotters ocarinas and two sheet music books. Over is a picture of the box and the padded pouch the ocarina came in. It also came with a neck strap. The ocarina has a beautiful blue glaze. It doesn’t have the “silver” band like so many other replicas and the triforce have been replaced by a flower-like symbol. This is something I really like about this ocarina, that it doesn’t strive to be an exact replica of the one in the game but rather has its own style inspired by it. 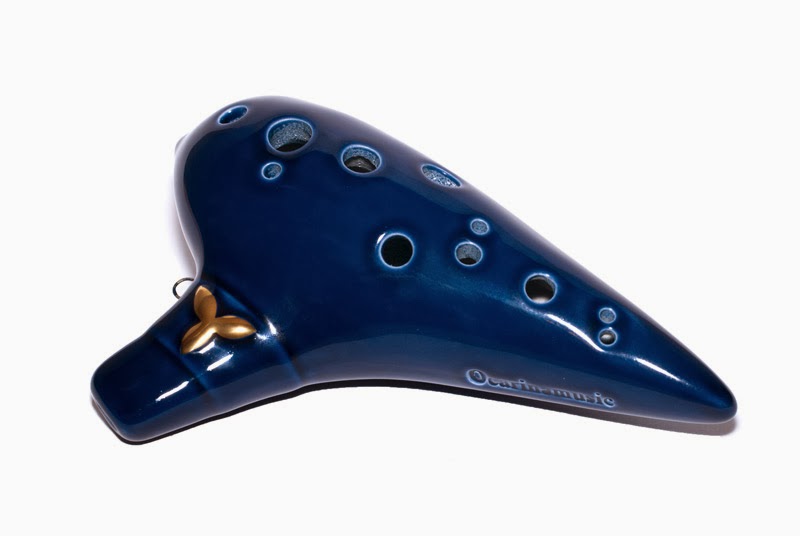 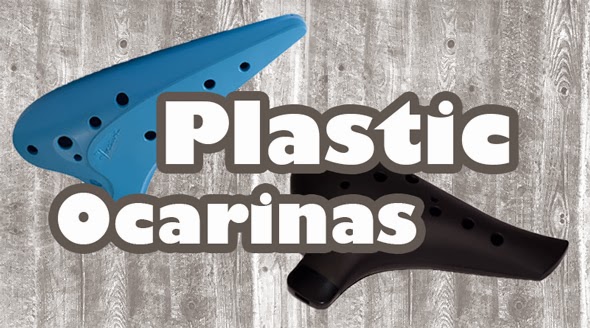 Plastic is a material that is often associated with being cheap and poor quality. Which is not a wrong conclusion. Many things that are made of plastic are cheap and of poor quality, but often it does the job nearly as good as it’s higher quality, more expensive counterpart. But in ocarinas the quality of the instrument is in correlation, to the quality of the sound; as is with other instruments. And no-one wants an instrument that sounds bad.

When people are new to the ocarina, some tend to steer away from the plastic because they think it will sound bad and is a poor instrument. This is true for some of the plastic ocarinas. As most of the ocarinas that are made as toys, and sold at dollar-stores and such are made of plastic. Still there are examples of clay ocarinas that are of poor quality too, but these aren’t marketed as toys and therefore not so readily available. So some of the reason behind why people stay away from the plastic, and maybe even why some people have a bad experience with the ocarina is because the ocarinas they’ve come across aren’t really instruments. They’re more of a toy.

Now over to my experience with plastic ocarinas. My first ocarina, was a plastic ocarina. It took some time for me to get a somewhat nice sound out of it, but that was wasn’t the ocarinas fault. I was new to the instrument and new to playing in general. But after some practicing it got better. Now the plastic does have some “issues” compared to a clay equivalent. The main things are condensation which builds up in the wind-way and that the highest notes are a bit harder to reach. But both of these problems can be reduced with time and practice.

The advantages that the plastic hold as a beginners ocarina is that it is cheaper and that it is much more durable. You can drop it on the ground without it breaking, though I wouldn’t recommend making it a habit. Now I’m not familiar with many plastic ocarinas, but I know from my own experience that the Focalink Plastic Alto C and the Night by Noble Plastic Alto C (same as Noble Plastic Alto C only with Taiwanese sub-holes) are great. If you want too see for yourself I’ve uploaded a video with each one on youtube. I’m not the best player, but if you watch some of my other videos you see that they are both comparable to my Focalink Double Alto C. Except for in range of course.

The ocarina is an underdog when it comes to instruments. If you play the guitar or the piano it’s likely you’ll run into someone else who also plays it. But ocarinists are less in number and more spread out. At least here in Europe as the ocarina is most popular in Asia. That is when it’s viewed as a musical instrument and not just as a cosplay prop. There’s a few ocarina groups on Facebook and recently the website ocarinaassociation.org popped up, which focuses on creating local groups to promote the ocarina. Inspired by these initiatives I decided to start a facebook group to gather the ocarinist of Scandinavia. As a means to meet other ocarinist in the near vicinity and not feel so lonely about my hobby. Although there are forums like TheOcarinaNetwork you tend to feel more distanced from the people in a way that you don’t get from Facebook. Currently the group is pretty small but hopefully it will grow soon. For any Scandinavian ocarinists out there who happen to read this, the group can be found here Scandinavian Ocarina Association.